Plasma Bolts are a magic ability that enables a spellcaster to form orbs of electrical energy (in video game version is to summon a lightning pylon). This spell is one of the most versatile combat spells in combat that can be used as a sorcerer's weapon of choice, like either the Air Blast or the Levitation Spell.

Plasma Bolt is a special technique that enable sorcerers/sorceresses to control and discharge electricity, usually in the form of an orb of hyper-charged matter. It works by manipulating Mana via catalysts (like enchanted rings or magic staffs) to accelerate oxygen atoms into hyper-charged matter which the condensed into spherical ball of electricity ready to be hurled upon the opponent. The manner Mana manipulated to perform this spell basically emulates the process of Tesla Coils generate tendrils of plasma.

As seen when Dave's Plasma Bolt training montages, this spell requires experience and good control over the user's magic to prevent the produced bolt from either dissipating prematurely or worse, flying out of control and/or backfiring. More skillful casters can increase both the bolt's firepower and size; whereas smallest bolt (which is ping-pong sized) only inflicts slight discomfort upon a target, bigger and stronger bolts can damage things and even fatally obliterate a full-grown man in one hit if powerful enough.

In the video game adaptation of the film however, Plasma Bolt is a instead a weather-control spell to call forth a lightning bolt from the sky which forms into a pillar of plasma in the similar manner to Lightning Strike. The lightning pillar then moves around Dave and fries nearby enemies to death before dissipates after a short time.

The Plasma Bolt is seen for the first time when Balthazar Blake fought his former friend-turned-sworn enemy Maxim Horvath who was accidently released by the young Dave Stutler from the Grimhold Though misses occurred, the Plasma Bolts causes significant damage in some parts of Arcana Cabana interior.

This spell later shown again being used a second time as a demonstation by Balthazar and teaching it to Dave. Dave stuggles to learn how to use the plasma bolt (and suffer failures a few times, either it ricochet around the room and hit himself in comical manner) until he faces Morgana le Fay.

The spell later shown in a skirmish at Dave's lab when Balthazar shots one at Horvath and Drake Stone (who disguised as false Dave Stutler), but missed and was overpowered by both Morganians until real Dave save him at the last moment.

At the climax, Balthazar tries to hit Horvath with one, but the Plasma Bolt was held by Horvath with his newly empowered cane, and he quickly overpowers him during the fight. In the climactic fight between the 3 remaining Merlineans and the malevolent witch Morgana le Fay, Balthazar Blake, Veronica Gorloisen, and Dave Stutler, uses the Shield Spell together, though Veronica was badly weaken and Balthazar jumps in to save her from Morgana's attack. Dave alone later use this to fight Morgana, but misses due to Morgana's non-corporeal form that consists of glowing dust, that enable her do dissolve her body so none of her foe's attacks can hit her. Morgana herself was able to throw 4 or 5 of these at a time. However, it was Dave's own plan to distract Morgana, however, as he uses his hidden Prime Merlinean magic to create a tesla coil. When Morgana eventually corners Dave, Dave also had her distract enough to had animated electrical wires to activate the tesla coil, that eventually weaken her to the point that she could never concentrate enough to remold her spectral body to avoid any attack. With this, he shoots out a multitude of Plasma Bolts to completely destroy Morgana.

After the evil sorceress' spirit was finally vanquished for good and the Merlineans' quest was over at last, Dave uses his Prime Merlinean powers to create a magic circle of red flames surrounding a fallen Balthazar and generates enough Plasma Bolts to start his heart in order to successfully bring him back to consciousness. Balthazar awakens, and to Veronica's surprise and joy, the 2 now mortal spellcasters are finally in each other's arms. 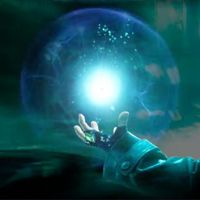 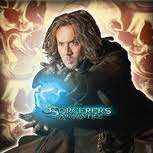 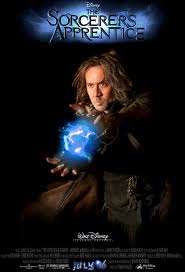 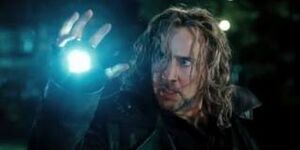 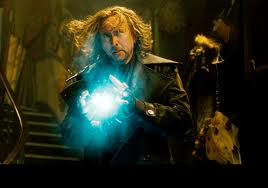 A Plasma Bolt used to create a tesla coil.

One of the failed attempts to made a plasma bolt: Dissipates.

Plasma Bolt training.
Add a photo to this gallery

Retrieved from "https://sorcerers-apprentice.fandom.com/wiki/Plasma_Bolts?oldid=11366"
Community content is available under CC-BY-SA unless otherwise noted.